HISTORY OF THE ORGANIZATION

This organization of contractors was formed in 1972 under the name Construction Association Management Labour Bureau Limited. In 1986, the company shortened its name to Construction Management Bureau Limited. On July 10, 2008, the members voted unanimously to change the Bureau’s name to Nova Scotia Construction Labour Relations Association (CLRA). Our purpose then and now, is to represent employers in collective bargaining with trade unions in the Industrial and Commercial sectors of the construction industry.

In 1976, our organization applied for and was granted, the status of accredited bargaining agent for employers on Mainland Nova Scotia and separately in 1977 for employers in Cape Breton Island. Since 1976, contracts negotiated between CLRA and the construction building trades have been the only valid construction contracts in the province of Nova Scotia and bind all unionized contractors working in the accredited sector. 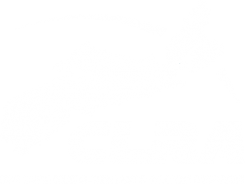